We, at Colchester Chiropractic Centre, are happy to help answer any questions you may have along the way regarding your health care. 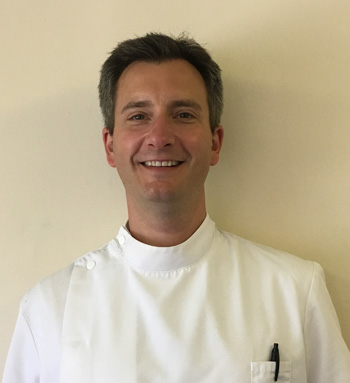 Doctor of Chiropractic.
Andrew first had chiropractic treatment after a ski injury when he was young. This prompted him to study Biology and then Chiropractic, which furthered his understanding in the fields of anatomy and mechanical injuries...
He has a particular interest in sporting injuries and the rehabilitation programmes we use to restore a patient to a full active life...
Since graduating Andrew has expanded his knowledge into orthotics and their effect on posture.
Andrew is a registered member of the British Chiropractic Association and the General Chiropractic Council. 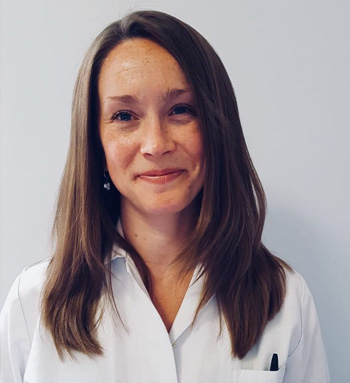 Lisa has been fascinated by chiropractic since her teenage years when she sought treatment after a car accident.

After completing the five year course at the Anglo-European College of Chiropractic, Lisa has further advanced her training into extremities (arms and legs) and paediatrics. She has worked at the clinic for the last ten years and still enjoys helping people on a daily basis to diagnose, understand, treat and rehabilitate their presenting condition. 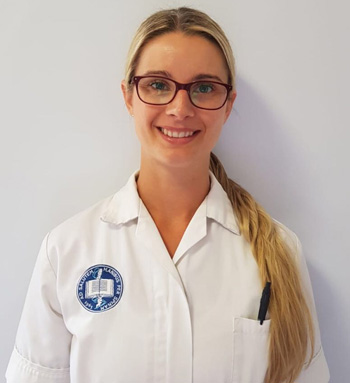 Samantha studied at the Anglo-European College of Chiropractic in Bournemouth for four years and graduated in August 2013 with a Master of Chiropractic degree with distinction.

In addition to being fully trained in Chiropractic manipulation, Samantha also specialises in a range of soft tissue/massage techniques and successfully uses a multi-disciplinary approach to treat a range of conditions in all ages including children and the elderly.

Having undertaken further training with Impulse adjusting equipment and Sports Kinesio-taping, her expertise is regularly updated by attending continuing professional development seminars and conferences in order to constantly improve the care that her patients' receive. 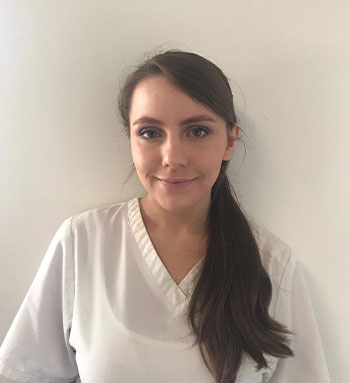 Rhiannon’s interest in chiropractic’s began at a young age with an avid passion for biology and anatomy, leading to her later studying the Master of Chiropractics degree program at the Anglo-European College of Chiropractic in Bournemouth and graduating with a first-class degree with honours.

Rhiannon enjoys diagnosing and managing a wide range of musculoskeletal and spinal conditions, including sports injuries and neurological complaints, and supporting patients with their rehabilitation. She is passionate about helping patients of all ages achieve optimal health, endorsing and implementing a patient centered and multi-disciplinary approach.

Having recently undertaken further training, studying vertigo, whiplash and neck complaints, she is always keen to update and develop her expertise with regular seminars and conferences.

Rhiannon is a registered member of the British Chiropractic Association and the General Chiropractic Council. 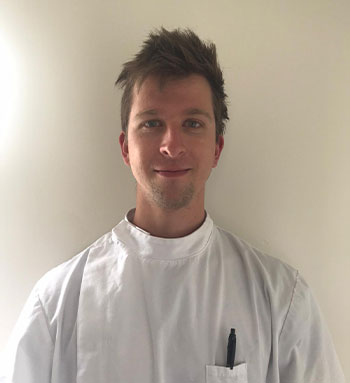 Christian graduated from the University of South Wales (WIOC) in 2019 where he completed a Master of Chiropractic degree. It was during this time he specialized in the diversified technique, activator methods, radiology, and tailoring rehabilitative exercise programs to individual needs. Christian believes in thoroughly assessing the current level of function, posture and health status, his goal, like the rest of the team, is to uncover the root causes of complaints, rather than simply treating the symptoms.

In his free time, he is an enthusiastic snowboarder and enjoys traveling. He is fluent in both English and Dutch, and is currently learning German.

Christian is a registered member of the British Chiropractic Association and the General Chiropractic Council.

At Colchester Chiropractic Centre we are lucky to have a dedicated, caring team to help you with any questions you may have along the way. It is always a pleasure to see their happy, smiling faces when you are greeted at reception.

I went to Colchester Chiropractic Centre initially to get better after a lower back injury at work. Since then I’ve also used chiropractic for ankle injuries and neck problems with exactly the same amazing results. Highly recommend!

I have used the services of Colchester Chiropractic Centre for a number of years and always found them to be extremely professional but most importantly, they have always managed to diagnose me correctly and fix my problem. I would always recommend them!

After an accident I was not able to stand up straight or walk without pain. I went to see Dr Callegari and after one adjustment I walked out of the clinic upright. A few treatments later my backache was completely gone. The experience I had at Colchester Chiropractic Centre was professional and beneficial, I would recommend them to anyone!

I brought my young daughter into Colchester Chiropractic Centre to see Dr Miles. After a thorough consultation and examination she has responded well to treatment.
I would strongly advise any parent with any concerns to contact the clinic.

As a sufferer of lower back pain for more than 10 years, I can honestly say chiropractic has been one of the only things I’ve found to help alleviate pain in the long term. From helping with getting me out of acute pain as well as offering advice and support around lifestyle changes and exercise to keep my back strong. It’s been amazing.